If PAN becomes inoperative, these Govt Services won’t be able to assist you 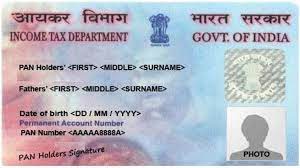 Although your PAN has not been made inoperative yet, if it isn’t linked with the Aadhaar Number as the deadline has increased, it could be subject to a penalty. It will also become inoperative if it isn’t done by the new deadline on March 31, 2023. If Your permanent account number (PAN), will be inoperative. This means that you will lose access to key government services.

PAN-Aadhaar interlinking was initiated after it became apparent that one or more permanent account numbers (PANs), had been assigned to a single person.

Last week, The finance ministry said, “Till March 31, 2023, the PAN of the assessees who have not intimated their Aadhaar, will continue to be functional for the procedures under the Act, like furnishing of return of income, processing of refunds, etc.”

In a statement on March 30, the finance ministry said, “After March 31, 2023, the PAN of taxpayers who fail to intimate their Aadhaar, as required, shall become inoperative and all the consequences under the Act (Income Tax Act, 1961) for not furnishing, intimating or quoting the PAN shall apply to such taxpayers.”

As part of this, the CBDT issued a circular saying “Rule 114AAA of the Income Tax Rules provides that if PAN of a person has become inoperative, he will not be able to furnish, intimate or quote his PAN and shall be liable to all the consequences under the Act for such failure”. It also listed the services that could be affected by a person failing to link PAN and Aadhaar.

1) A person cannot file a return using an inoperative PAN

2) No processing of pending returns

3. Inoperative PANs will not be eligible for pending refunds

Penalty for not linking PAN-Aadhaar so far

Last week, the Central Board of Direct Taxes announced that people who have not linked their Aadhaar/PAN numbers yet will be penalized by Rs 500 for failure to do so within three months or Rs 1,000 for failing to do so after that. The PAN will still be valid for the moment, even though it is not linked to Aadhaar.

The notification released on March 30 said, “Every person who, in accordance with the provisions of sub-section (2) of section 139AA, is required to intimate his Aadhaar number to the prescribed authority in the prescribed form and manner, fails to do so by the date referred to in the said sub-section, shall, at the time of subsequent intimation of his Aadhaar number to the prescribed authority, be liable to pay, by way of fee, an amount equal to, — (a) five hundred rupees, in a case where such intimation is made within three months from the date referred to in sub-section (2) of section 139AA; and (b) one thousand rupees, in all other cases.”

Bebak Post is one of the fastest growing news websites in India. Bebak Post's content is distributed across all major platforms and social media. Bebak Post's unique "real-time" approach to delivering news allows it to outpace traditional media outlets with breaking news, analysis, and opinions. Bebak Post has a strong focus on investigations and reporting both locally and internationally.